Virginia's Parole Board approved the release of Vincent Martin, who is currently serving a life sentence, in March. With his release scheduled to begin tomorrow, May 11, the legislators urged Governor Northam to act immediately to prevent the release. Mr. Martin was convicted in the 1979 murder of Richmond Police Officer Michael Connors.

Citing the circumstances of the murder of Officer Connors and concerns about irregularities involving the Parole Board's decision to release Mr. Martin, the lawmakers wrote, “The urgency of our request cannot be overstated. Absent an immediate intervention by you, Vincent Martin walks free tomorrow. We owe it to the victim's family, to the Richmond Police Department, and to all Virginians to ensure that the process of granting parole is consistently legal, fair, and just.” 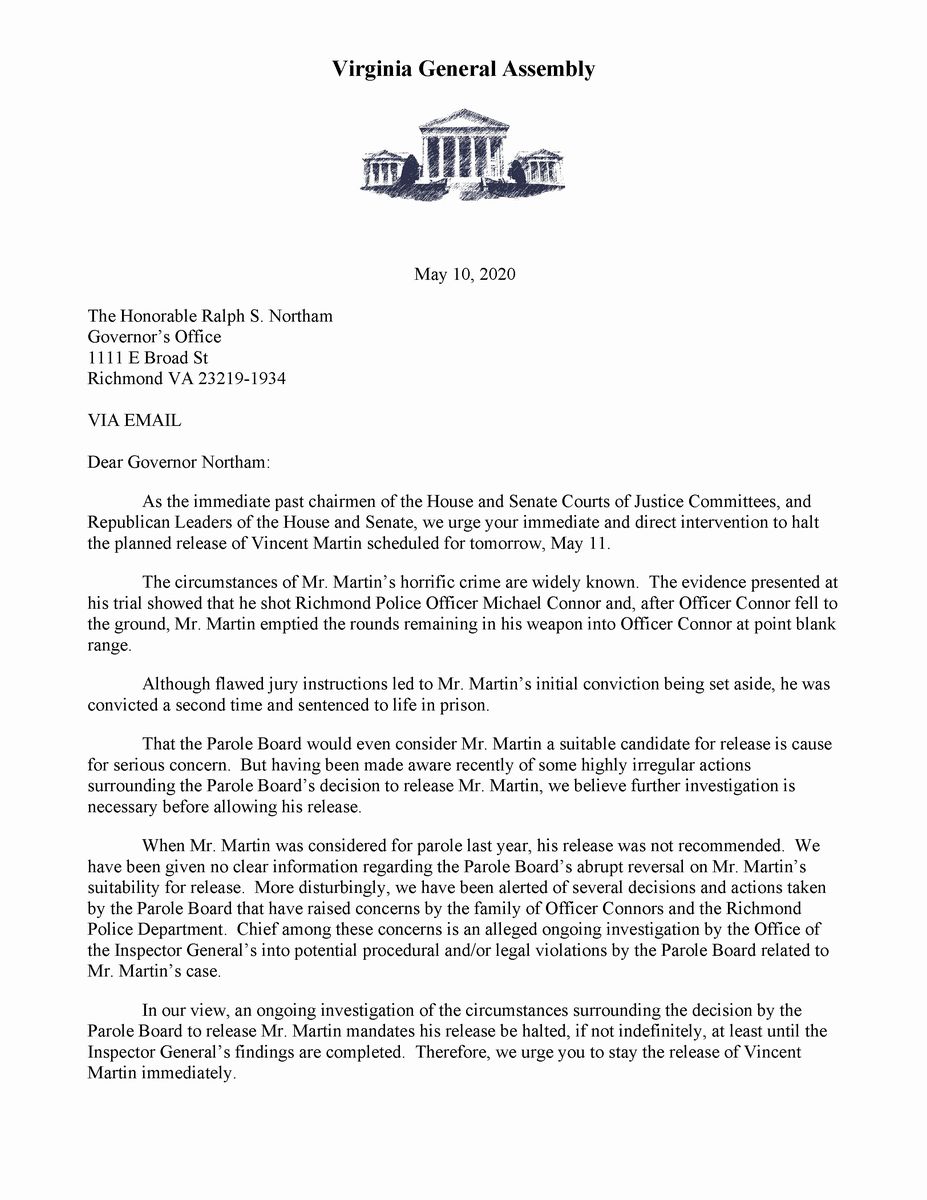 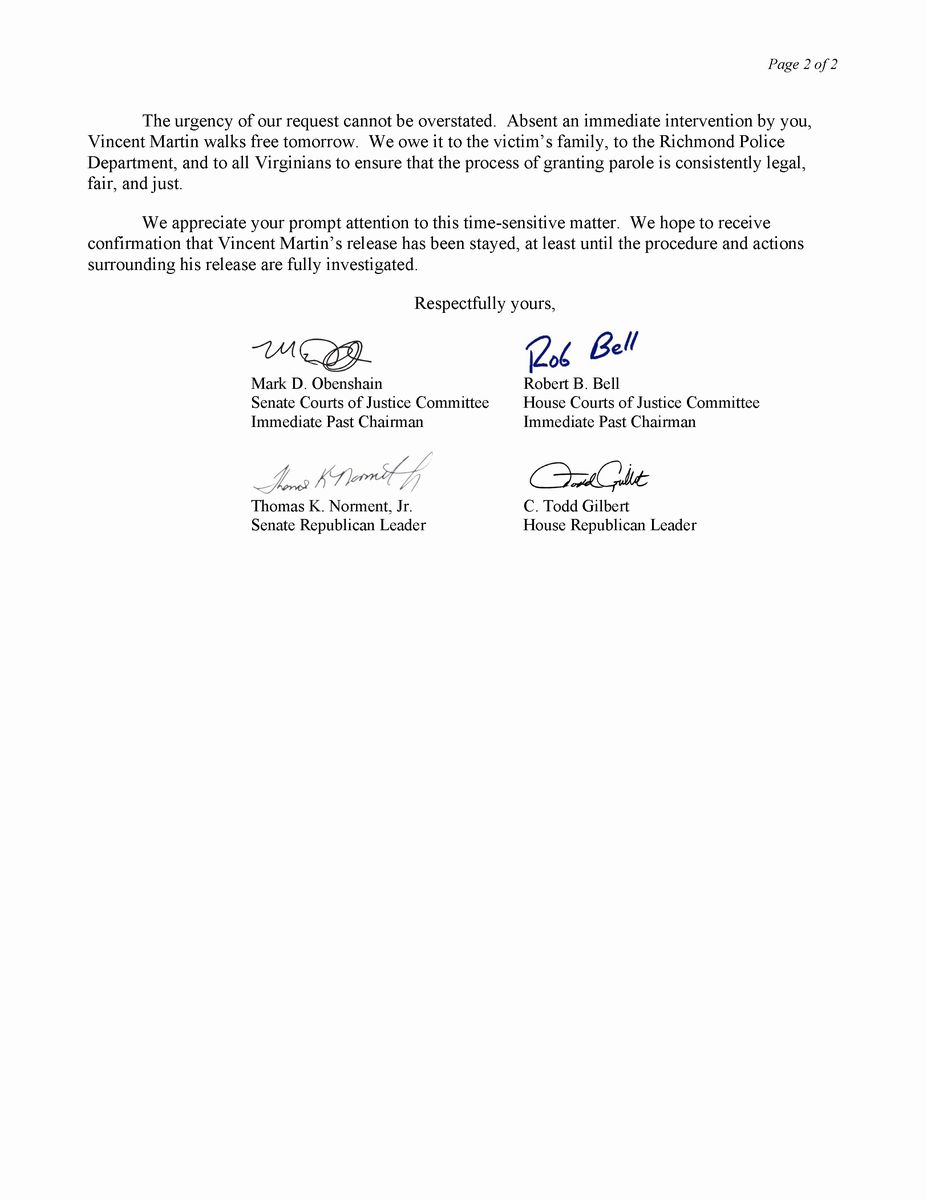