The VACP is requesting a rescission of the parole of Vincent Martin pending the completion of the Inspector General's investigation. The urgency of this request is related to the planned release of Vincent Martin on Monday, May 11, 2020 — the start of Police Memorial Week.
Dear Governor Northam:

For the past month, we have been in contact with retired and active Richmond Police officers with great concern about the release of Vincent Martin, who was convicted for the 1979 felony murder of Officer Michael Connors. Last year when Martin was reviewed for parole, his release was not recommended by the Parole Board.

This year, when Martin was approved for parole, there was a huge outcry of protest from the law enforcement community and from victims. We have heard from them and taken seriously their pleas for assistance. Here are some of the issues that concern our police chiefs:
It is our understanding that the Inspector General has initiated an investigation into possible improprieties and/or procedural or legal violations by the Parole Board, not only in the Martin case, but possibly in other cases as well. We believe that this investigation is desperately needed. It has come to our attention that sex offenders have been released or scheduled for release without GPS ankle bracelets. It has come to our attention that the Board has scheduled parole releases based on hearing examiner reports that are brief (one or two sentences) and appear to be insufficient examinations according to the parole review process. It is our understanding that the Inspector General's Office has been asked to determine whether the Parole Board's processes should be questioned for ethical and procedural violations.

The Board's processing of parole reviews in the past two months has happened at a furious pace, which begs the question: how can the Board and its staff fully review and do due diligence in the review and approval of parole? How many victims and Commonwealths' Attorneys have not received the proper notice and opportunity to engage in the parole process during this time? Do concerns about the COVID 19 virus outweigh the Constitutional rights of victims? How far can the authority of the Parole Board be extended administratively to allow the waiver of normal procedures and rules, and under what circumstances?

Since the Inspector General's investigation concerns the release of an inmate who was convicted of a capital crime, his release must be stopped immediately and the serious allegations about Parole Board improprieties must be investigated.

Please help us make sure that a terrible miscarriage of justice does not occur. Virginia's police chiefs have a moral, professional and ethical responsibility to ask for the allegations to be fully investigated. We believe that Virginians expect that a fair and open parole review process of all violent felons be conducted prior to the release of any more inmates - particularly convicted cop killer Vincent Martin.

We know that numerous letters and phone calls have been sent to the Parole Board, to your office and to legislators raising our concerns and asking for a stay of the release of Martin. Our requests have fallen on deaf ears. Virginia's law enforcement community and the members of the VACP are committed to making sure that any and all wrongs are righted, and that the life sentence of Vincent Martin is carried out as directed by the courts. We owe this and so much more to the family of slain Richmond Officer Michael Connors. 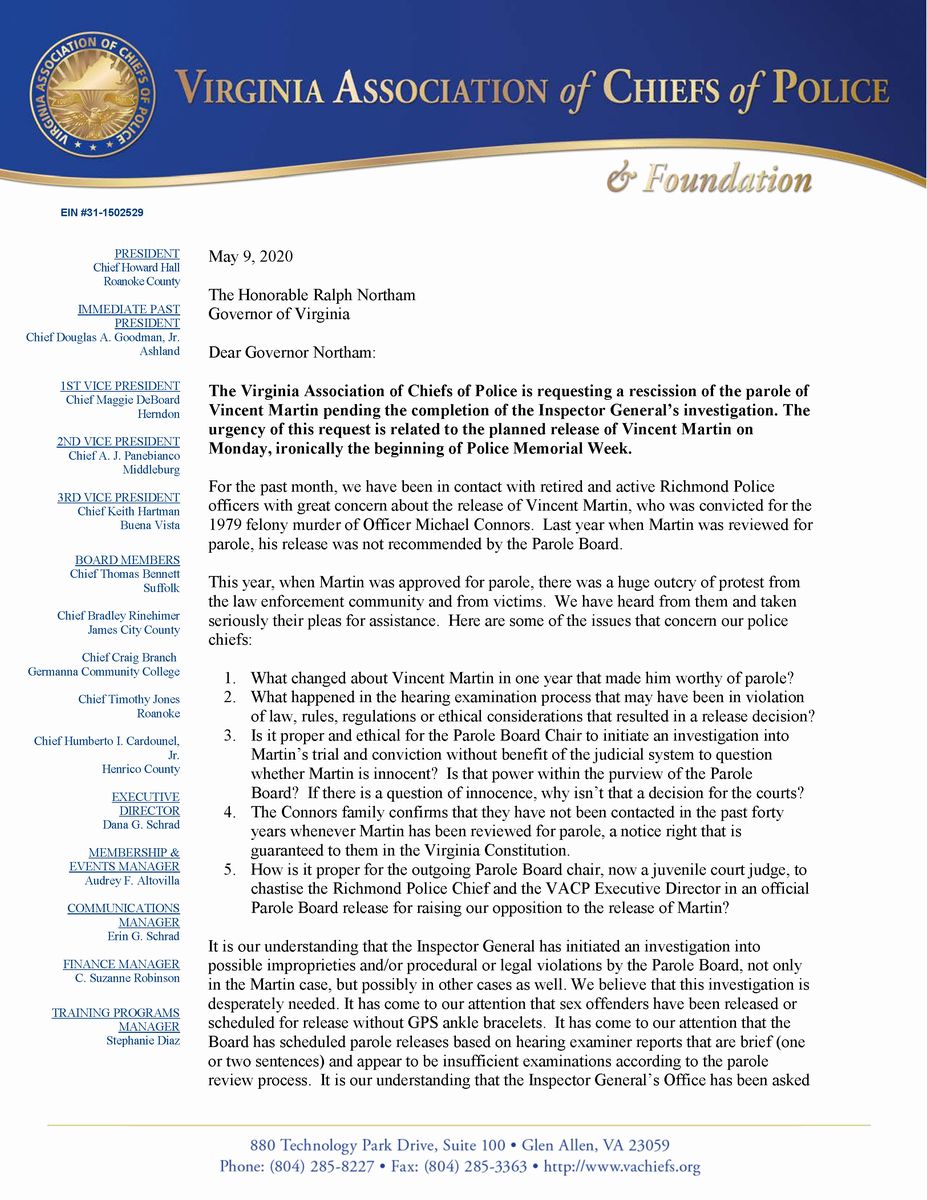 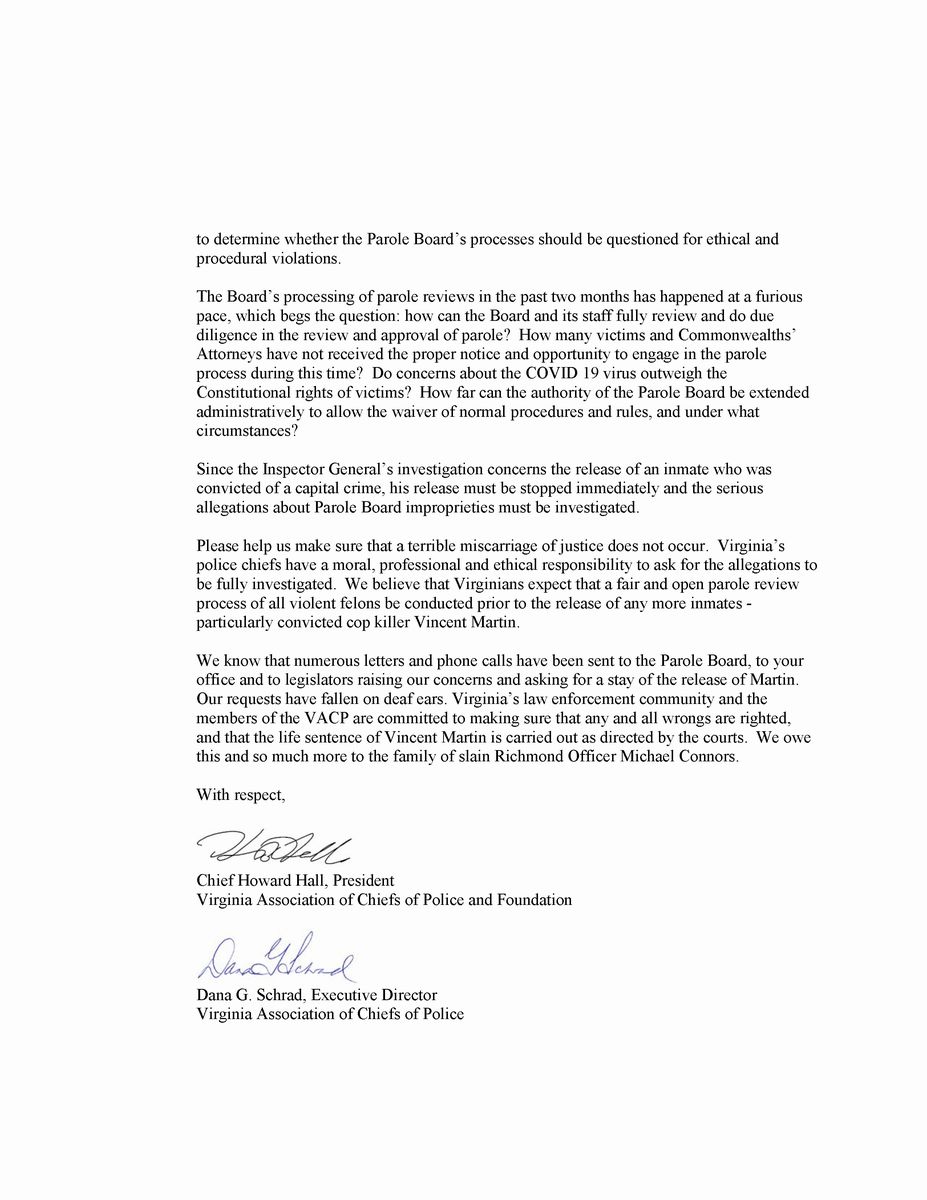