Chief Barnard will retire July 1, 2020 after 44 years with the department. Deputy Chief Jarad Phelps will serve as Acting Chief while a nationwide search is conducted for Barnard's replacement. 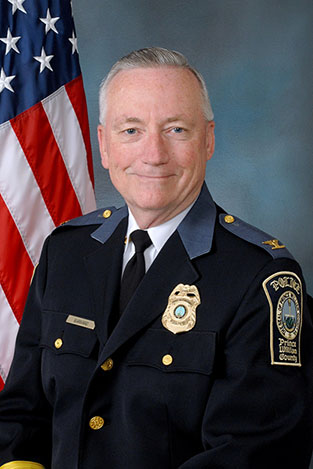 “Over the span of his exemplary storied career with the Prince William County Police Department, Chief Barnard has displayed the true meaning of civil service through his commitment to the rule of law while maintaining professionalism and diligence in serving the community with compassion," said Chair of the Board of County Supervisors Ann Wheeler. "On behalf of the Board of County Supervisors', I wish Chief Barry Barnard all the best in the coming years.”

“It has been an honor and privilege to serve Prince William County. My family and I are grateful for the opportunities and support that Prince William County has provided to us. I want to express my sincere appreciation to the staff of the Police Department for their friendship, dedication, and outstanding service to the community. I will miss them very much, “said Police Chief Barnard.

Deputy Chief Jarad Phelps will serve as Acting Police Chief following Barnard's retirement until a national search to fill the position has concluded.