Chief Jesse Carter served the citizens of Kenbridge as police chief for 41 years, and also as Town Manager for 39 of those 41 years, before retiring in 2007. He passed away at the age of 83 on October 28, 2020. His son, Timothy Carter, is the current Shenandoah County Sheriff. 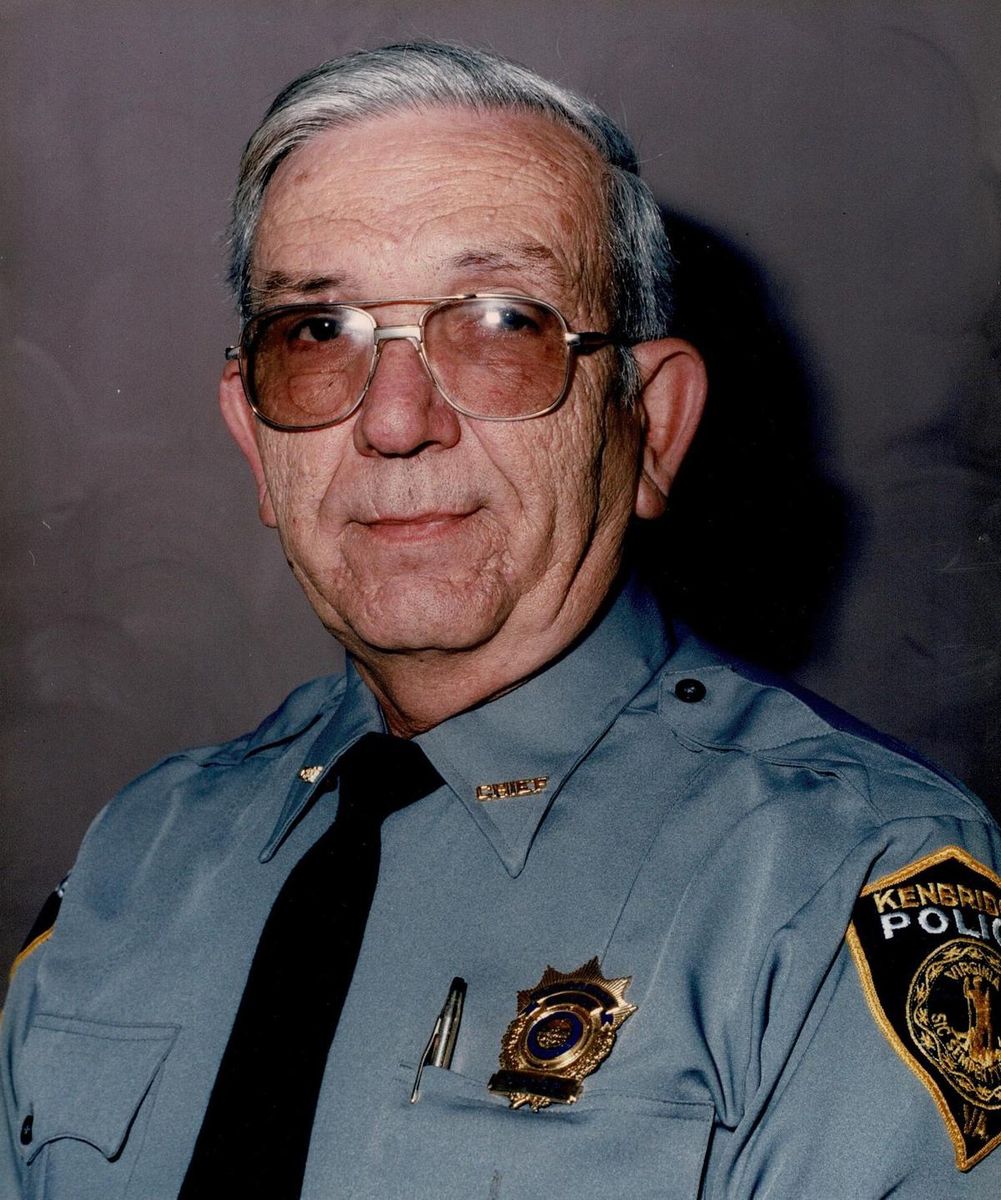 Jesse Carlton Carter, 83, of Kenbridge, Va. died October 28, 2020. He was born in 1937 in Caswell County, North Carolina to Clarence E. and Edna M. (Davis) Carter. After high school, he served his country in the United States Air Force.

In the 1960's, Jesse moved to Kenbridge, Virginia and joined the town police force. In May of 1966, he was appointed Chief of Police for the town of Kenbridge and, in September of 1968, he was appointed Kenbridge Town Manager. Henceforth, he served in both positions simultaneously until his retirement on December 31, 2007.

Jesse was a charter member of the Kenbridge Emergency Squad and former member of the Kenbridge Fire Department; he served on the Board of Directors and as the Vice Chairman of the Central Virginia Criminal Justice Academy; and, was a founding member of the Piedmont Law Enforcement Association and the Tri-County Task Force. Jesse worked faithfully and tirelessly for the town of Kenbridge. He was successful in the town's receiving millions of dollars in grants and funding in order to better the lives of the citizens in local community.

Jesse was the devoted husband to the late Mildred Williams Carter, who owned and operated Mildred's Meals in Kenbridge. He was also married to the late Mona Lane Carter, Patsy Scearce Carter, and Alice Phillips Carter.  He is survived by his children — Patricia Daniel of Boydton, Virginia; Sheriff Timothy C. Carter of Shenandoah County and his wife Karen; Jay C. Carter of Crawfordville, Florida; and Jessica V. Carter of Baltimore, Maryland; by five grandchildren — Jamie (Daniel) Upton, Kelly Daniel, Mona Carter, Kurt Carter and Kyle Carter; by six great-grandchildren; and by his brother, Wayne E. Carter (Ann) of Roanoke, Virginia.

Graveside services will be held on Monday, November 2, 2020 at 11 a.m. at the Kenbridge Heights Cemetery. The family asks that all persons attending wear face masks and practice social distancing.

In lieu of flowers, please consider memorial donations to: