Marion Police Lieutenant Andrew Moss has been appointed the new police chief for Chilhowie. He will begin his service on Jan. 4. 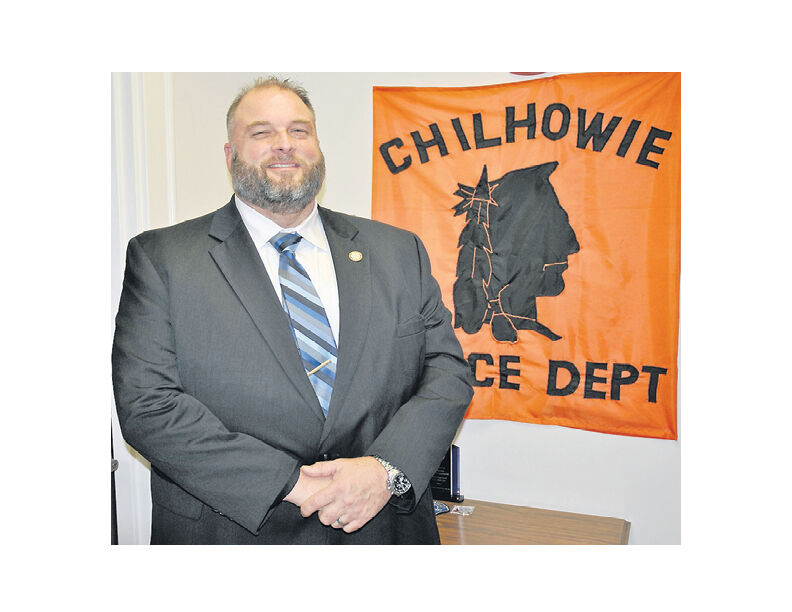 Longtime Marion Police Lt. Andrew Moss will make the transition to Chilhowie at the beginning of the year, taking the helm of the Chilhowie Police Department as its new chief of police.

The Chilhowie Town Council made the announcement during its Thursday night meeting.

“I really do appreciate it,” Moss said after the council voted to appoint him. “I know we'll do some really good things. I'm really honored and humbled that you chose me.”

Moss introduced his wife, Christy; his sister, Sally Moss; and his brother, Bill Moss; who accompanied him to the meeting.

Council members also praised Aaron Smith for serving as interim chief since Steve Price left. He did an excellent job, they said.

The council began its search for a new police chief this past summer after it declined to reappoint Price in July.

Moss brings with him 26 years of experience in law enforcement, 24 of which have been served with the Town of Marion. Prior to joining the Marion PD, Moss was an officer with the Vinton Police Department just outside of Roanoke.

A Marion High School graduate, Moss and a friend got the law enforcement “bug,” as he puts it, while he was studying sociology at Virginia Tech, where the pair played football together.

“We were coming home from practice and there was a bank robbery in Blacksburg near our apartment complex,” Moss said. “All the officers, the lights, the sirens, guys on the corners with guns out, we though 'yeah, I want to do that.'”

Moss soon dropped his plans of teaching and coaching football and transferred to ETSU where he got his degree in criminal justice. That same year, he graduated the Cardinal Criminal Justice Academy and took his first law enforcement job with the Vinton PD. Moss' friend went on to become a trooper with the Virginia State Police.

After his stint in Vinton, Moss came on board the Marion PD in June 1996. Five years later, he was promoted to sergeant and then lieutenant in 2008. As a lieutenant, Moss was tasked with a number of administrative responsibilities, as well as investigative duties. Additional training in programs like the FBI Law Enforcement Executive Development Association's command, supervisory and executive courses, as well as courses with the Southern Policing Institute have also helped Moss hone his leadership skills.

Now, he looks forward to putting those skills to use in Chilhowie.

“I'm excited and honored to take the lead of the Chilhowie Police Department,” Moss said. “I know Chilhowie is a tight-knit community and I look forward to trying to weave myself into that fabric.”

One of his first tasks as chief of police will be getting out and meeting the town's community members to see how the Chilhowie PD can better serve them and improve its policing, Moss said.

“A lot of legislative changes have happened in the last couple of months, so we'll be getting policy and everything geared toward that and making sure all those new measures are met,” he said.

But while he looks forward to getting things going in Chilhowie, Moss will miss working with his colleagues and community members in Marion.

“It's obviously a hard thing to do,” he said. “I've been here a long time and have strong relationships here. I'm appreciative of the opportunities I've gotten here with the Town of Marion and I think the town has helped me get qualified to do this job, so I thank them for that.”

“I've learned more with respect to police administration in the last two years than I learned in the prior 22, so I thank him for that,” Moss said.

Clair believes Moss will do well for Chilhowie.

“While we're going to miss Lieutenant Moss, we are exceptionally proud that he has been chosen to lead the Chilhowie Police Department,” he said.

And, of course, Moss said he has to give credit to his wife, Christy, for putting up with the long hours required by his work.

“A lot of thanks go to her, because she's always supported me and backed me up so I'm very appreciative of her.”

Moss will spend the remainder of December wrapping things up in Marion. He'll begin his post as Chilhowie's chief of police on Jan. 4.

The Virginia Association of Chiefs of Police assisted with the executive search process.