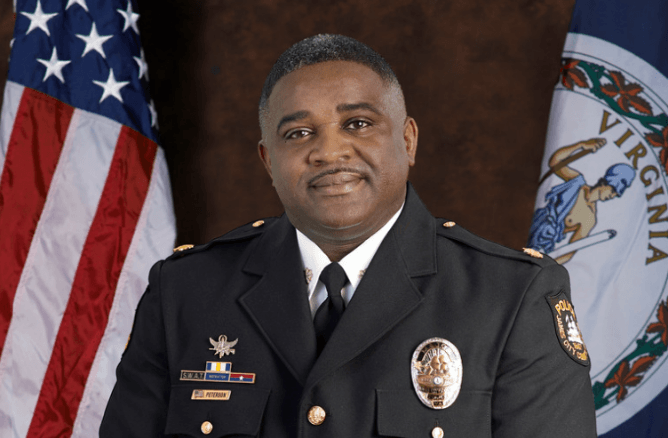 Peterson has served in all aspects of the Police Department and most recently served as the Division Commander of the Police Department's Support Services Division. He brings over 26 years of police experience. In addition, he served for over 22 years in the United States Army and Army Reserve, retiring as an E-8, First Sergeant.

“Mr. Peterson has extensive experience and a record of outstanding commitment to our community,” said County Administrator Scott Stevens. “He brings energy and enthusiasm to this position, and I look forward to working with him as he steps into this new role.”