Chief Mark Talbot has 30 years of law enforcement experience and will take over the reins of the Hampton Police Division on July 6. 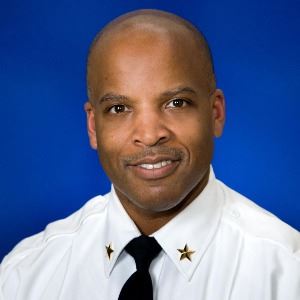 “I am very excited to welcome Chief Talbot to our community. Chief Talbot emerged as the top choice after each round of the comprehensive interview process, which included more than 35 community leaders and staff. He is, without a doubt, the right choice for our community and Police Division,” said City Manager Mary Bunting. He will begin July 6.

“I believe that a successful police chief must be a visible presence in the community,” said Talbot. “My first goal in Hampton is to learn. I might know about policing, but I'm not an expert on what it means to live in Hampton. Learning about a community means learning about the people. It is reaching out, meeting people, engaging with people in person and on the phone. I plan on giving out a lot of love.”

His approach paid off in Norristown. A Latino advocacy group survey found that 78% of residents believed their relationship with the police department had changed for the better during his tenure. Under his leadership, violent crimes in Norristown fell more than 50% in three years, and overall serious crimes fell 44%.

“We are in a season in America when leadership matters more than ever,” said Dr. Alvean Lyons, CEO of A.L. Inc., co-founder of the Virginia Unity Project, and part of the interview panel. “An effective leader has three things: character, competence, and courage. I believe that Mark Talbot represents all three. I look forward to the incredible potential that his leadership could create in our community.”

Bob Boester, who has worked with Hampton's police chiefs in a variety of capacities since 1976, says he found Talbot to be “a person of integrity who displayed both empathy and an understanding of the need for a fair application of justice in our community. I am confident that he will lead the Hampton Police Department forward.”

The chief selection process to replace retiring Chief Terry Sult began last fall with extensive community stakeholder interviews and a resident survey by GovHR, the search firm hired by the City. GovHR used this input to develop the profile for the ideal candidate and then screened initial applicants. Three rounds of interviews followed. Community leaders — including neighborhood advocates, pastors and ministers, business owners and organizations, non-profit executives, civil rights organizations, school and youth representatives, and law enforcement professionals — played a major role in evaluating candidates in each of those stages.

Talbot has 30 years' experience in law enforcement and holds a bachelor's degree in organizational leadership from Penn State University. He is also a graduate of the Senior Management Institute for Police, the Police Executive Development Institute at Penn State University and the Criminal Justice Leadership Institute at the University of Delaware. He began his career as a correctional officer after which he became a police officer in the Reading, Pennsylvania, Police Department. There, he progressed through the ranks and became Deputy Chief before becoming the director of the Bureau of Enforcement and Investigation of the Pennsylvania Department of State and then the Chief in Norristown, Pennsylvania. He has received an NAACP Community Leadership Award and a Freedom Foundation Local Hero award.

When asked why he chose Hampton, Talbot replied: “I think that we need each other. I feel a sense of connection and impending collaboration that is going to elevate all of us. I felt that from the minute I started to contemplate being the next police chief. As I researched the community and looked at the police department, it felt absolutely right for Hampton and right for me.”

Go online to see a video from Chief Talbot.