Virginia police dogs are being "forced into early retirement" due to new laws legalizing marijuana and banning stops and searches based only on its smell. 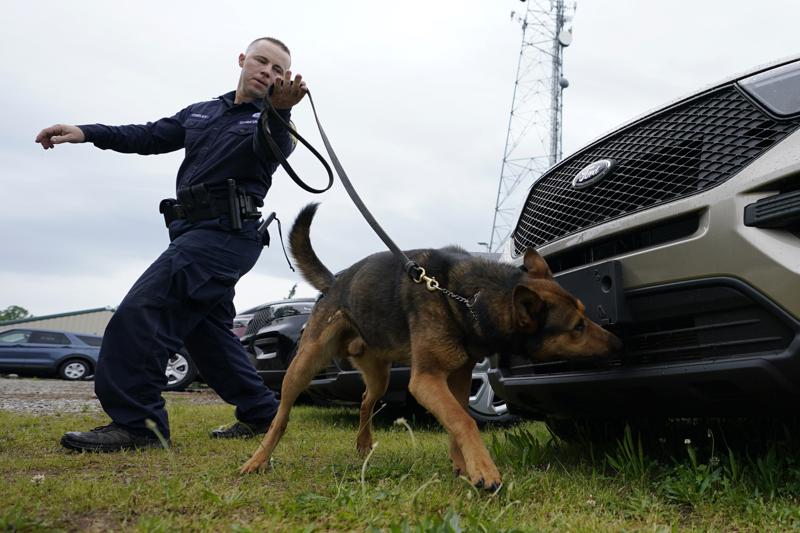 As Virginia prepares to legalize adult possession of up to an ounce of marijuana on July 1, drug-sniffing police dogs from around the state are being forced into early retirement, following a trend in other states where legalization has led to K-9s being put out to pasture earlier than planned.

In Virginia, the rush to take marijuana-detecting dogs out of service began even before lawmakers voted last month to accelerate the timetable for legalization. A separate law that went into effect in March prohibits police from stopping or searching anyone based solely on the odor of marijuana.

Virginia state police are retiring 13 K-9s, while many smaller police departments and sheriff's offices are retiring one or two dogs. Most are in the process of purchasing and training new dogs to detect only illicit drugs, including cocaine, heroin and methamphetamines. Some departments are unable to afford up to $15,000 to buy and train a new dog, so they are disbanding their K-9 units.

The dogs trained on multiple drugs alert in the same way for all of them, so it's impossible to tell whether they are indicating the presence of marijuana or an illicit drug. The dogs also cannot distinguish between a small, legal amount of marijuana or a larger, still-illegal amount of the drug. For police, that means they can no longer be used to establish probable cause for a search.