Chief Wilson will retire this summer after 25 years with the Blacksburg Police Department, 8 years as chief. 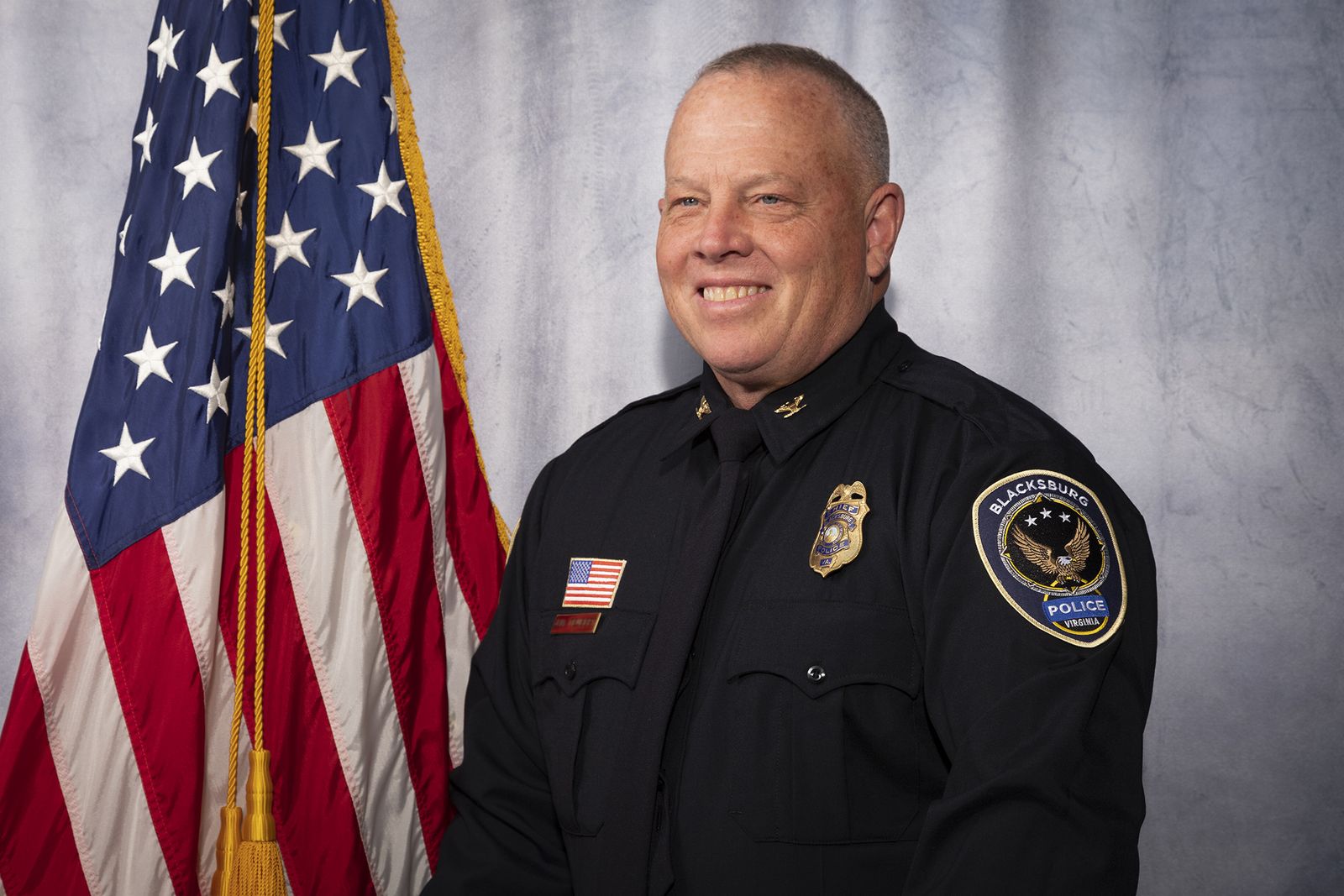 Blacksburg, Virginia, March 1, 2022 – After 25 years with the Blacksburg Police Department, Chief Anthony Wilson will retire this summer.  Wilson, a Blacksburg native, Marine, and Virginia Tech graduate, began his career as a Blacksburg Police Officer in 1997 and his talent was quickly made apparent. From there, he continued to advance through the ranks of the department until becoming Chief of Police in 2014.

Throughout his tenure with the department he has served as a Patrol Field Training Officer, Criminal Investigator, Investigative Unit Supervisor, Tactical Team Operator/Commander, Patrol Unit Commander, and Division Commander. These assignments were during some of the town's most difficult situations and provided a resume filled with command opportunities.


As a new Chief, Wilson inherited a well-constructed operation from his predecessors Chief Kim Crannis and Chief Bill Brown. With an emphasis on community engagement and interaction, the department launched the safety programs No Hokie Left Behind, Be Safe Blacksburg, andAdopt a Cop. Each program introduced officers to their constituents and allowed them to work collaboratively to solve identified safety issues.

Highlights of those programs were the implementation of cell phone charging stations in downtown bars and restaurants; Free Ride Fridays giving free transport from downtown to anywhere in town; Fifth Grade Field Day introducing all fifth grade classes to one another as they readied for middle school transition, Adopt-a-Cop Academy pairing Virginia Tech fraternities with officers as mentors, and presenting a week long class with Student Affairs on maintaining safe social environments.

Chief Wilson placed great priority on relationships with the Virginia Tech administration, athletics, and student body. Student Affairs initiatives grew into daily interactions with the Dean of Students, Student Conduct, and Fraternity/Sorority Life. One of the most critical alliances was formed with University Relations, coordinating crisis messaging that became so critical during serious events.

Wilson was also heavily involved in the Montgomery County Dialogue on Race initiative that created a forum to examine racial issues articulated by the African American community, and to implement solutions. As a member of the Law Enforcement Issue Group, disparity in the numbers of African American police officers, locally, was brought to the forefront.

Chief Wilson worked with New River Community College to create the Books to Badgesprogram offering two-year scholarships to those interested in law enforcement careers. The success of the program grew into the much larger ACCE program (Access Community College Education), which allowed all students the opportunity to attend community college for two years. He also served as the Volunteer Service Coordinator for the program from its inception to the present.

Chief Wilson was a huge proponent of officer training and created the Training Triangle that became the cornerstone of department training throughout his tenure. The Triangle included increased training in tactical ability, advanced communications and de-escalation skills training, and the spiritual connection to service and psychological wellness.

He was instrumental in creating multiple alliances with several agencies and disciplines. Those relationships created the basis for the local response to the Covid-19 Pandemic in 2020. It was quickly expanded regionally to include the entire New River Health District. The New River Valley Public Health Task Force became the driving force in the regions pandemic response and provided logistical support for public testing and vaccination. The Task Force also dealt with collateral issues involving food instability, increased domestic violence and sheltering needs, communication isolation, and mental health concerns. Chief Wilson co-chaired this Task Force from the beginning, and remains in that capacity.

“I've been absolutely blessed to be surrounded by the greatest people on earth here at the BPD. They all serve with such incredible honor, sacrifice and professionalism. They have become my family and together we have weathered some of the toughest times imaginable. I truly look forward to the future and new endeavors, but will always have the men and women of the BPD in my heart and mind.”

“It has been an honor to work alongside Chief Wilson,” said Town Manager Marc Verniel. “He has been much more than a Police Chief for Blacksburg, he is a true community leader.  He has created lasting partnerships in the Blacksburg and Virginia Tech community, built upon the positive culture of the department, and been a key leader in the New River Valley. His impact will live on well beyond his tenure as Chief.  I will personally miss working with him on a daily basis and wish him the best in his future adventures.”

A recruitment process for the next Chief of Police position is underway.