Larry Boone provided 33 years of service to Norfolk. His last day on the job will be Friday, April 8. Former Norfolk Chief and current Deputy City Manager Michael Goldsmith will serve as Interim Chief. 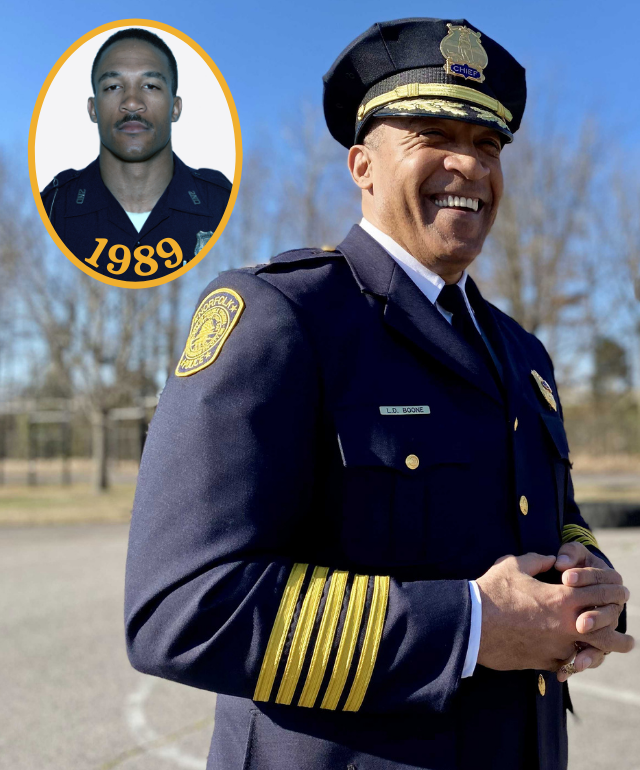 “After serving this community for over 30 years, I have decided the time is right to retire,” stated Boone. “My goal was to see the department through the pandemic and, as we begin to emerge, there is an opportunity for a change in leadership.”

Boone began his law enforcement career with the Norfolk Police Department in 1989. During his career, he has served in the Canine Unit, Gang Suppression Unit, Metro-Tactical Unit, the Office of Professional Standards and Patrol Division. After 26 years of service, he was appointed Deputy Chief of Police on September 22, 2015. He was appointed Chief of Police December 1, 2016.

“We are grateful for Chief Boone's years of service to our city. He established partnerships and outreach initiatives that fostered relationships between our police and our community,” stated City Manager, Chip Filer. “As we begin to move forward from the pandemic, which Chief helped see his department through, we have a chance to further our efforts in building those relationships.”

Throughout his career, Boone committed his efforts to forging relationships with Norfolk's diverse community members. He undertook the significant responsibility of improving the department's community outreach efforts and building trust between citizens and law enforcement.

Under his leadership, the Office of Community Relations was created and enhancements to available programs and local partnerships have seen a direct impact on Norfolk's community engagements. More than 20 community outreach initiatives and the department's signature programs (Cops and Curls, Cops and Kids Eating (CAKE), Police Leadership Unveils Success (PLUS), and Clergy Patrol) have been nationally recognized by the International Association of Chiefs of Police, Police Executive Research Forum (PERF), FBI Law Enforcement Bulletin, and the Christian Broadcasting Network.

The City will begin the search for a new Chief of Police immediately. The search is expected to take five months. Deputy City Manager Michael Goldsmith will serve as interim during that time.