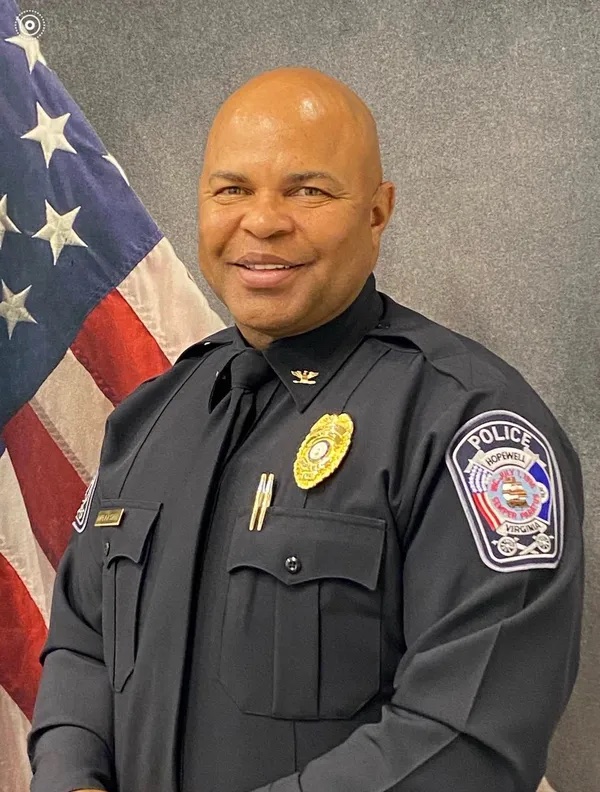 HOPEWELL — The city of Hopewell has appointed Antonio "A.J." Starke to be its permanent chief of police. Starke has been serving as the interim chief of police since December 2021. His permanent hiring was effective as of June 17, 2022.

Starke is a command-level officer with three decades of experience in the field. He came to Hopewell from Chesterfield County where he was serving as a police captain. The initial deal was brokered to allow Starke to return to Chesterfield after the appointment of a full-time chief. However, Starke is now set to remain in Hopewell having been appointed to that position himself.

"Chief Starke was a phenomenal addition to the City of Hopewell as interim chief," said City Manager March Altman. "He immediately became a community-focused leader and achieved great success in just six short months. We're excited to welcome him to the city in a permanent capacity and for his future achievements with our police department."

Starke graduated from Matoaca High School and served in the United States Army for four years. He earned his bachelor degree from Virginia State University and his master's degree in criminal justice from Liberty University. He is a graduate of the 34th session of the Police Executive Leadership School and a graduate of the National Criminal Justice Command College.

His hire replaces previous chief Kamran Afzal, who left Hopewell to become the police chief for Dayton, Ohio. He started there in December. Afzal was a 30-year veteran of law enforcement who came to the city from Durango, Colorado in 2019.