Virginia Delegate Rob Bell was honored on September 12 by the Virginia Association of Chiefs of Police with the 2022 Outstanding Legislator Award. 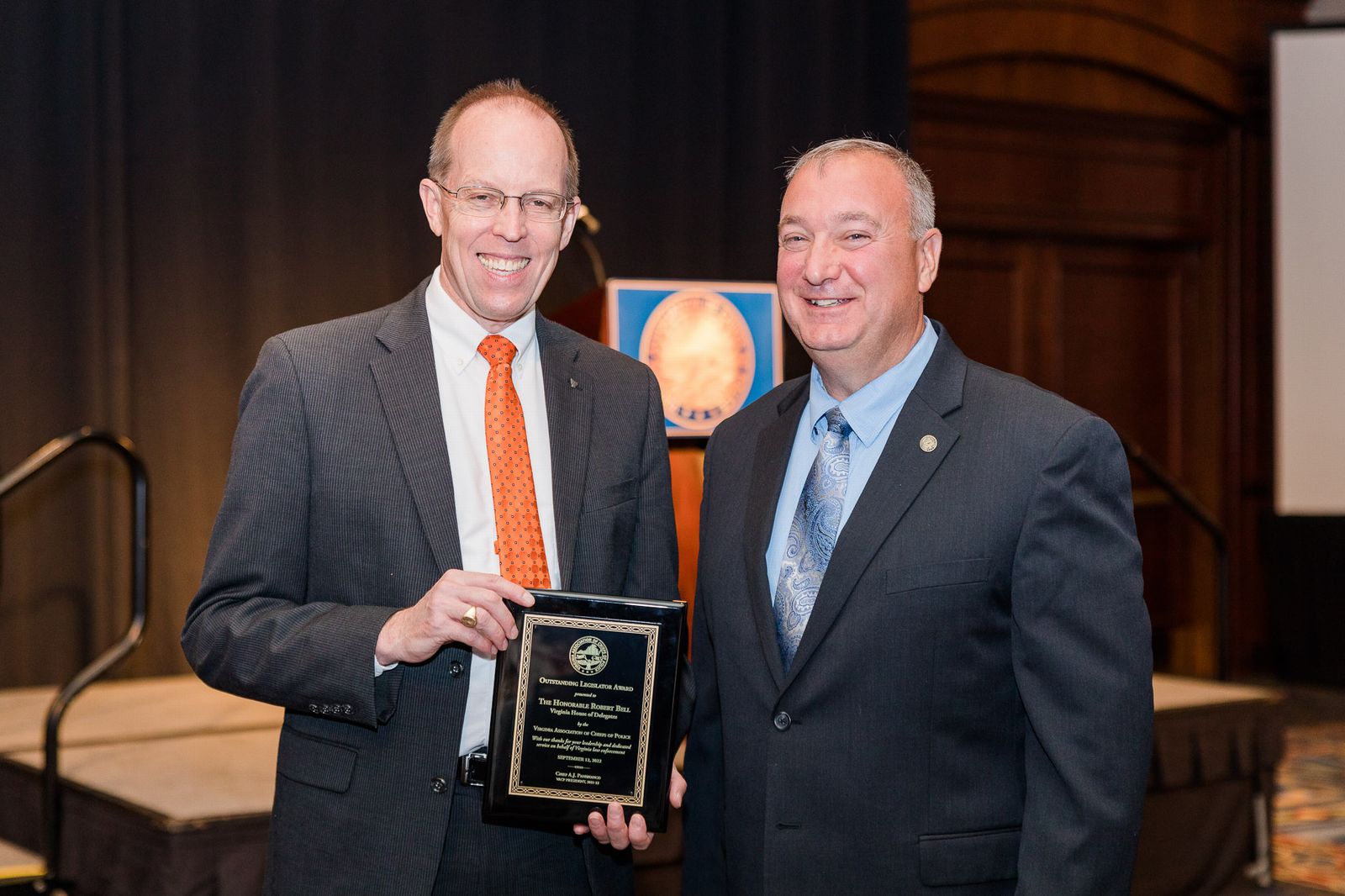 Virginia Delegate Rob Bell was honored on September 12 by the Virginia Association of Chiefs of Police with the 2022 Outstanding Legislator Award.  The award was presented during the VACP Annual Conference at the Hotel Roanoke Conference Center.

“Delegate Bell is a champion for Virginia law enforcement,” said VACP President A.J. Panebianco, Middleburg Police Chief.  “He is tireless in his efforts to pass laws that support professional law enforcement, and he is dedicated to protecting victims and reducing crime in Virginia.”

During the 2022 session, Delegate Bell's bill to protect the integrity of criminal and internal investigation records was successfully passed into law. He also championed the passage of a law to make it a crime to tamper with catalytic converters on vehicles.  Catalytic converter theft has become rampant in the Commonwealth, resulting in serious and expensive damage to personal vehicles.

Although the bills were not successful, Delegate Bell also introduced legislation to fix language in Virginia's search warrant law that has been prohibitive for state and local law enforcement to work with federal criminal task forces.  Additionally, he recognized the need for expanding the state's workers compensation law to add anxiety and depressive disorder to coverage for law enforcement officers. While the bill received strong support in both the House and Senate, it failed due to the fiscal impact it would have on the state budget.

Delegate Bell has consistently opposed efforts to defund the police or to reduce penalties for those who assault law enforcement officers. As a former prosecutor, he served as chair of the Virginia Crime Commission and currently chairs the House Courts of Justice Committee.  He has written laws that crack down on repeat-offense drunk driving and keep sex offenders off school property.

As delegate, he has patroned new laws that mandate jail for drunks who drive with children in the car, that crack down on repeat drunk- driving offenders and allow judges to require drunk drivers to repay the medical and funeral expenses of their victims.

“The Virginia Association of Chiefs of Police is thankful for Delegate Bell's commitment to law enforcement, and we look forward to continuing to work with him to achieve our shared goal of a safer Virginia,” said President Panebianco.
# # #