The Virginia Association of Chiefs of Police commend the officers of the Virginia Division of Capitol Police and Colonel Steve Pike for their heroic actions on the night of Saturday, May 30, 2020 to protect the Virginia Capitol from the attack of an angry mob of rioters. 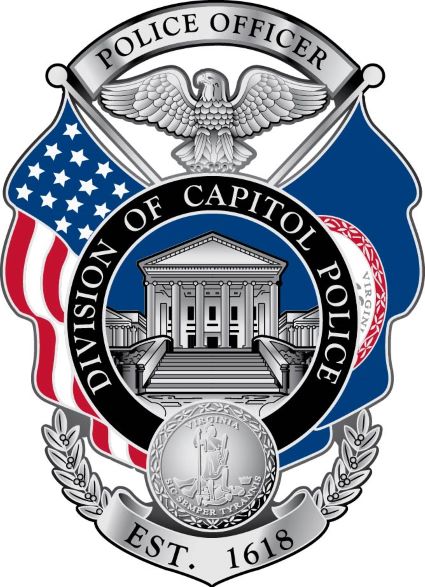 On September 13, 2022, the Virginia Association of Chiefs of Police & Foundation (VACP) presented the Virginia Division of Capitol Police and Colonel Steve Pike with a Special Commendation for Heroism. The award was presented during the VACP Awards Banquet at the 97th Annual VACP Conference, held at the Hotel Roanoke in Roanoke, Virginia.

Beginning May 29, rioters caused an estimated $3.9 million in destructive fires during an 18-day period, much of it along Richmond's Broad Street corridor. Numerous businesses were looted, had their windows smashed and were set ablaze. Damage was so extensive that some businesses were closed for months. Others never reopened.

Amid this backdrop of large, roving, violent packs of rioters causing widespread damage on May 29, a group of several hundred marched up the middle of eastbound Broad Street the next night.

The crowd went back west on Broad briefly before turning south onto Ninth Street, which was one block away from the main entrance to Capitol Square.

As the group got within a few hundred feet of the square entrance, rioters sprinted from the front of the pack and charged to the intersection, where they quickly scrambled up to the top of a temporary chain-link fence that authorities had placed across the entrance. The rioters needed only a few seconds to pull down the fence into the intersection, clearing the way for the others to rush in behind them.

Instead of overpowering their way into Capitol Square, the rioters were met at the driveway entrance by officers with the Division of Capitol Police, who formed a solid line across the driveway entry.

During the next eight minutes, the Capitol Police line held strong as rioters bombarded the officers with 109 projectiles, which included bricks, rocks, and bats, plastic bottles filled with urine, eggs, metal signs, traffic cones and sections of temporary fencing.

The Capitol Police held strong as rioters fired an incendiary projectile at the officers and into Capitol Square. In addition, the rioters targeted officers with green lasers in an attempt to blind the officers. This violent act can lead to permanent damage to the retina after 10 seconds of exposure.

The Capitol Police line held strong as rioters repeatedly tried to find points where they could penetrate the perimeter and rush the Capitol. Capitol Police did not fire a single shot, and not a single rioter was injured.

By displaying courage, teamwork and boldness under this violent assault, these men and women showed the kind of selflessness and bravery that often is associated with the protection of life. While some officers were injured in the encounter, all succeeded in their mission: The Capitol suffered not a single scratch.

Because of violence that continued in Richmond in the days ahead, the decision was made to close Capitol Square to the public. By the time it reopened June 15, Capitol Police had prevented anyone from getting through to damage the building at the center of Virginia's government.

The Virginia Association of Chiefs of Police is honored to present the officers of the Virginia Division of Capitol Police with the 2022 Special Commendation for Heroism.