Chief Joe Carey died Friday after he was struck by a vehicle while removing animal remains from the roadway.

The Virginia Association of Chiefs of Police recommends that all Virginia law enforcement officers shroud their badges in honor of Brodnax Police Chief Joseph Carey, 66, who died Friday, December 16, 2022 after being struck by a vehicle while clearing animal remains from the roadway.

Shrouding is recommended through the day of funeral services — Thursday, December 22.

The VACP expresses our sincerest condolences to the family, friends and colleagues of Chief Carey. Our prayers are with them at this most difficult time.

The funeral services for Chief Joseph Edward (Joe) Carey, Sr. are as follows:

Burial:
Burial will be private.

I hereby order that the flags shall be lowered at sunrise on Thursday, December 22, 2022 and remain at half-staff until sunset. 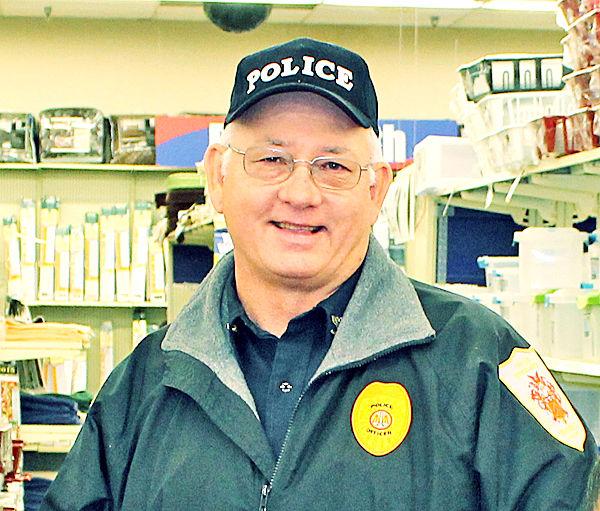 The Virginia State Police is investigating a fatal pedestrian crash in Mecklenburg County. Brodnax Police Chief Joe Carey had pulled off to the right side of the road in the 200 block of Piney Pond Rd/Route 58 to recover the remains of an animal that had been struck in the roadway. As Carey was returning to the side of the highway, an eastbound Ford F-150 pickup was unable to avoid striking the chief.

Carey was transported to Community Memorial Hospital - VCU Health in South Hill where he succumbed to his injuries.

The police vehicle's lights were activated while it was parked on the side of the highway.

The adult male driver of the pickup truck was not injured.

Alcohol was not a factor in the crash, which remains under investigation.

Statement from Town of Brodnax Mayor Don Dugger:
"This evening the Town of Brodnax lost a dedicated member of our community. It is with a heavy heart that I must announce the tragic death of Police Chief Joe Carey to a traffic crash on Route 58. Highly regarded for his public safety professionalism and experience, Joe was a genuine friend to so many of us. He truly loved his job and worked hard to make a difference while protecting and serving our town.

"Chief Carey, 66, is survived by his wife, four sons, a daughter, and several grandchildren. I ask that you keep his family and colleagues with the Mecklenburg County Sheriff's Office in your thoughts and prayers during this difficult time."

Media Note: Media are asked to be respectful of the Chief's family and their privacy during this time.