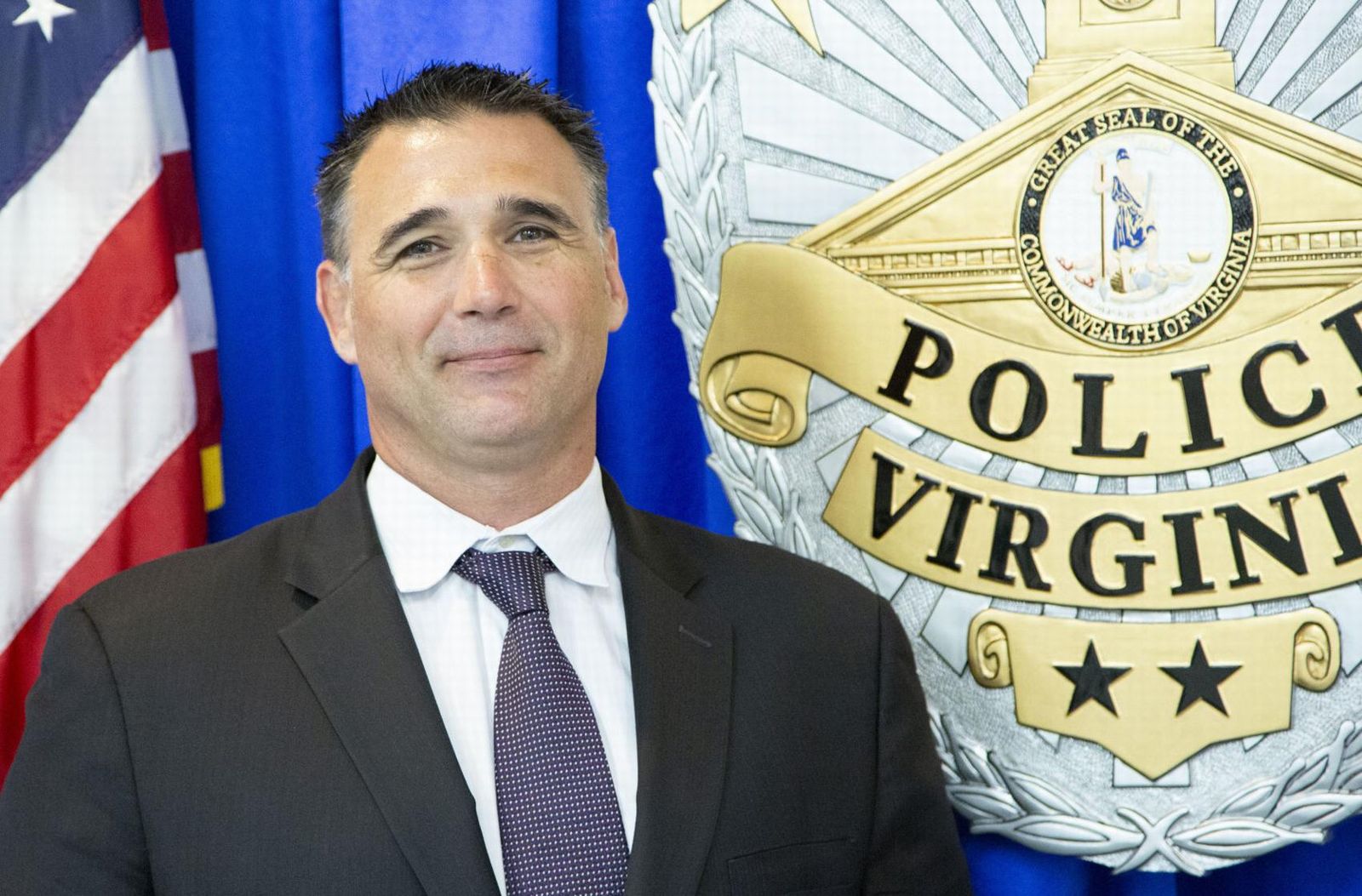 Michael Kochis, newly appointed chief of the Town of Warrenton Police Department, met his officers for the first time Wednesday, Jan. 15. He said it's the first step in his listening campaign to get to know the members of his department and the people of the town of Warrenton.

He's coming in with no pre-conceived notions, he said, “I'll come in on day one and listen.”

He added that he is looking forward to providing stability for the department.

Lt. Tim Carter, who has been serving as interim chief since October of 2018, is delighted with Kochis' appointment. “I feel like it's the night before Christmas. The chief is our present. We can't wait to unwrap him and see what happens next.”

He added that “Feb. 3 [Kochis's starting date] can't come fast enough. I've worked under four chiefs already and I'm looking forward to the next phase.” He added that he is eager to get back to his role as a patrol leader.

Carter said he's learned a lot as interim chief; then grinned, “I was just starting to get good at delegating.”

Warrenton Town Manager Brandie Schaeffer said that Carter will return to his rank as lieutenant and Kochis “will examine filling the role of deputy chief after he starts;” she said she would “leave that up to Chief Kochis.”

Getting to know the new chief

Kochis is a 21-year police veteran who was most recently a lieutenant with the 425-member Alexandria Police Department; he was commander of the night shift, responsible for the supervision and management of four sergeants and 36 patrol officers.

He started his law enforcement career in 1999 with the Roanoke City Police Department after serving six years in the United States Army as a paratrooper.

Kochis has logged 12 years as a police supervisor and commander in Alexandria, serving for the last four years as commander of the department's Narcotics Bureau. Kochis said he implemented multiple programs to address the opioid crisis in Alexandria, including distribution of Narcan to all patrol officers and the development of Alexandria's first drug treatment court.

He said he has already developed great respect for Fauquier County Sheriff Bob Mosier. “I agree with him that we can't arrest our way out of a drug problem.”

In Alexandria, he said, “We learned to put the focus on education and treatment.” He explained that an officer will visit the bedside of a person who has overdosed. “Our primary job is to get them services.”

Kochis said that standard police procedure is to take the phone of the person who overdosed, to access that information. “But we realized, when we tell them to get services, how can they, when we've taken their phone? So, the overdose victims are given ‘burner' phones with the names and numbers of service providers built in. The officer will share the victim's information with the service providers, who reach out proactively to help.”

It's one example of Kochis' philosophy on police work: community collaboration.

He said he'd like residents to see the police not just as people who come around when there is trouble. “We want community members to see police officers as people who can help.”

He cited the Jan. 8 homicide in Warrenton – where one man was shot and killed and two others seriously injured -- as an example. “In response to that situation, we could respond by saying that overall, crime is down. That's true, but that doesn't help reassure the neighbors in that apartment house. If they don't feel safe, they don't feel safe.”

He said he goes by the philosophy, expressed in 1829 by Sir Robert Peel, that “the police are the public and that the public are the police.”

For instance, Kochis said that as policies and procedures for the department are developed, he'd like to invite members of the community in for their input. “I'd like to involve citizens in that process to help build those relationships.”

Providing assistance at special events is an important part of the Warrenton Police Department's responsibilities; the Spring Festival, the Christmas parade and Warrenton Town Limits bring many thousands of residents and visitors to town. Kochis said it's something he has practical experience in. Smiling in recognition, he said, “We love our special events in Alexandria.”

Brandie Schaeffer, Warrenton Town Manager said, “After a nationwide search, I had the difficult task of narrowing down a highly competitive applicant pool.”

Schaeffer said that she was assisted by the Virginia Association of Chiefs of Police (VACP) in the search for a new chief. There were two independent panels, one through the VACP and one that included various community members and department heads.

She said, “I am confident that Chief Kochis is the perfect match for the Town of Warrenton. His deep understanding of the mechanics of police management and community engagement, coupled with his proven leadership, will be important assets for our town for years to come.”

Carter agreed that Kochis will be great for the department. “He understands who we are. He's done his research and he gets it. We all know where we've been. Let's move forward.”

Most recent position: Lieutenant in the Alexandria Police Department

Kochis has held supervisory and command assignments in both of the major bureaus of the Alexandria Police Department, which include the Field Operations Bureau and the Administrative Services Bureau. As a commander, Kochis has had experience developing and managing a $2.8 million budget.

Special Honor: In 2012, Kochis, then a sergeant with the Alexandria Police Department, was honored with a Bronze Medal award for Valor. An explanation of the award reads: “In the early morning hours of Oct. 30 [2012], a call for service was dispatched for a domestic violence incident. The caller stated his daughter's boyfriend was armed with a handgun and on the balcony and saying he wanted to kill himself. He stated the young man had been drinking and that he, his daughter and her 19-month-old baby were locked in an upstairs bedroom.

“The events unfolded quickly and Sgt. Kochis took decisive action when he realized that innocent lives were imminently threatened. Under his direction, the officers entered the residence and safely secured the suspect. Their bravery helped bring the incident to a quick and safe resolution.”

Family: Kochis lives in Bristow with his wife and two teenage sons.