The VACP is appalled and disappointed with the Parole Board's decision to release Vincent Martin. Efforts are underway to block the release.
By MARK BOWES | Richmond Times-Dispatch 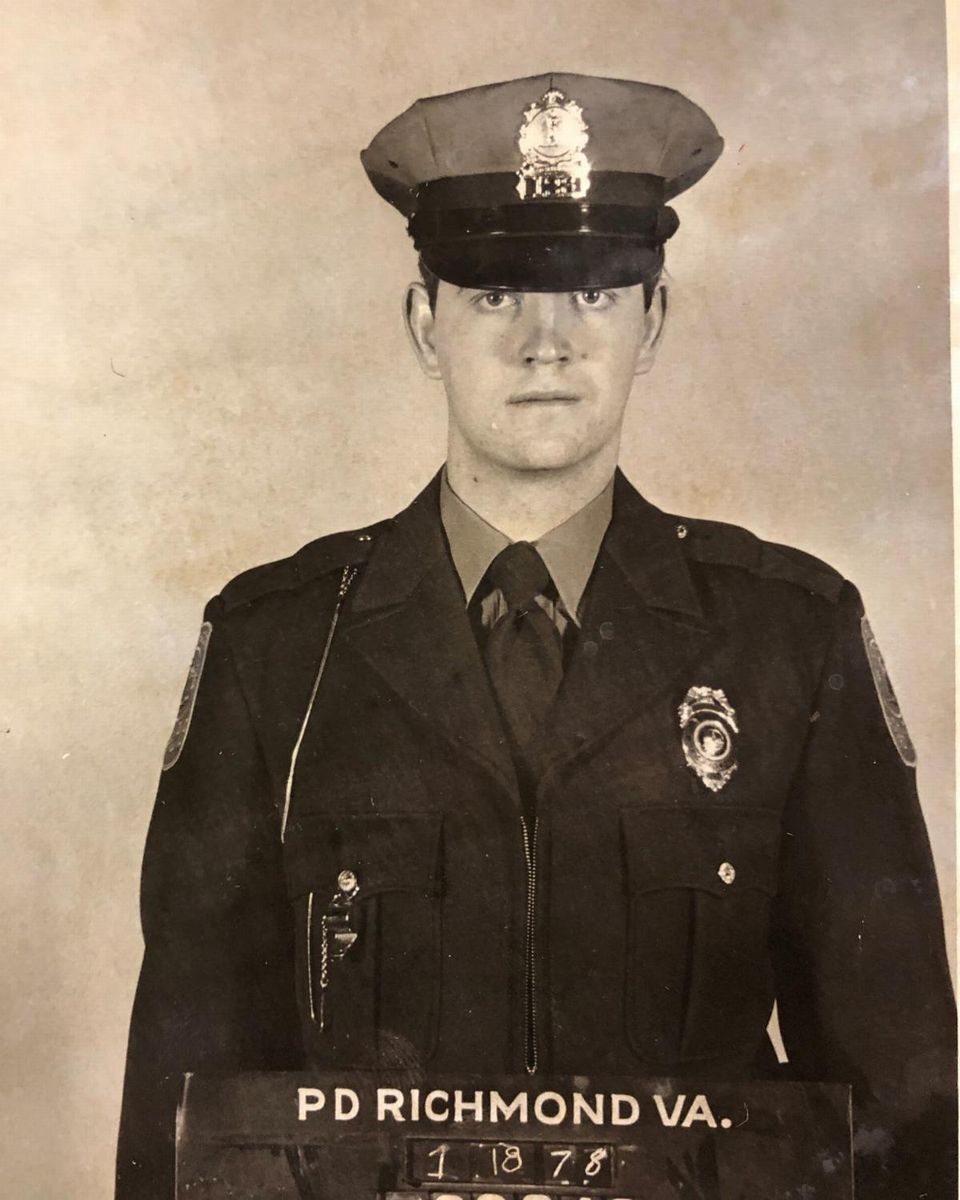 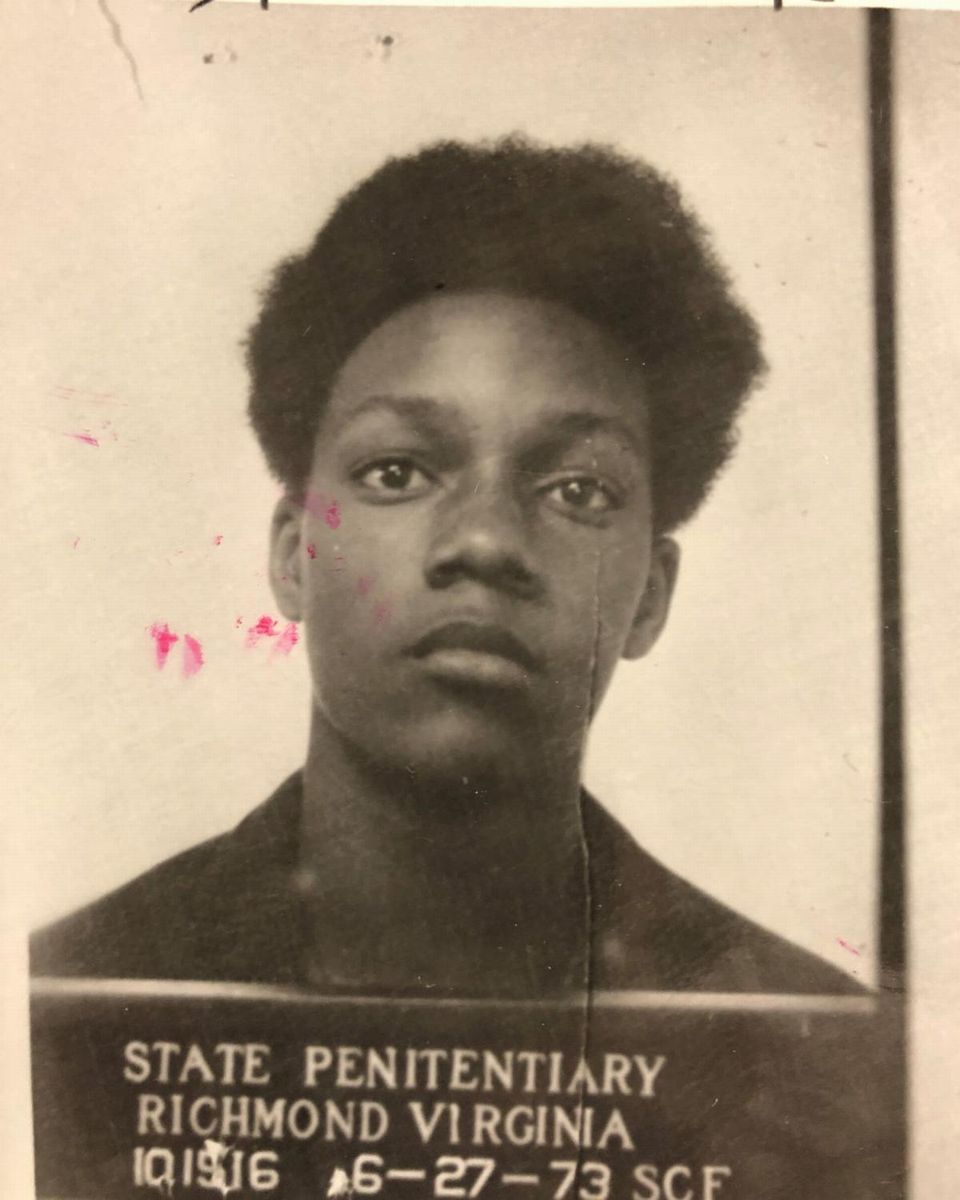 Vincent Lamont Martin was sentenced to prison 40 years ago.

A man sentenced to life in prison 40 years ago for the murder of a Richmond police officer, who was shot four times in the head after making a traffic stop, has been granted parole and is scheduled to be released soon from the custody of the Virginia Department of Corrections.

The decision sparked outrage in the law enforcement community, with Richmond's police chief calling for an immediate review of the process that led to the decision.

Adrianne L. Bennett, chair of the Virginia Parole Board, confirmed Tuesday that the panel voted on Friday to grant parole for Vincent Lamont Martin, 64, who was convicted in the Nov. 13, 1979, slaying of Richmond patrolman Michael P. Connors, who was 23.

Bennett said that Martin already has served 40 years in prison and been eligible for parole for the past 26 years.

“Vincent Martin was convicted and sentenced to death by a jury of his peers for the execution of Police Officer Michael Connors, an officer who had simply made a traffic stop and was ambushed on his approach to the vehicle. I am personally dismayed by the actions of the Virginia Parole Board and I know that all Richmond police officers, past and present, expect that their lives and sacrifices would carry more weight and value in society than to allow this person's release.

“I am further concerned that the investigation was conducted by the Parole Board's chair, an investigation that did not include the department nor the evidence of the crime. I would hope that an immediate review of this entire proceeding be conducted by an impartial body and afterwards his release can be weighed given all evidence and testimony of family, officers and investigators.”

Dana Schrad, executive director of the Virginia Association of Chiefs of Police, said efforts were underway to block Martin's release. It was not clear Tuesday what the process would be to stop the release.

“We are appalled and disappointed with the Parole Board's decision to release Vincent Martin,” Schrad said in an email. “This is a felony murder case involving the brutal killing of Richmond Police Officer Michael Connors which should not be considered for parole. The Connors family is grieving again over the lack of concern for the impact on their family, and it is a slap in the face to every law enforcement officer in Virginia.”

“This person is hardly worthy of the consideration of parole, much less being released into society,” said retired Richmond police officer Tom MacKnight, who was a friend of Connors' and alerted police agencies and state lawmakers of the parole board's decision. “Prison time is supposed to be punishment, not social justice. Granting parole is an absolute travesty of justice, and makes a mockery of the justice system. This must be blocked.”

In a letter drafted Tuesday, the police chiefs association urged Richmond Commonwealth's Attorney Colette McEachin to “do everything possible to prevent the release of this violent criminal,” noting that Martin was denied parole in 2018 and has two prior convictions for armed robbery.

McEachin could not immediately be reached for comment on Tuesday.

In a phone interview, Bennett said police organizations are conducting a “pressure campaign” to stop Martin's release in an environment where “facts don't matter.”

“There has not been any inquiry as to what the basis of the parole board's decision was and why,” she added. “It's just their demanding that Vincent Martin die in prison.”

She said later in an email: “The Parole Board's decision is final. There is no authority to block it, even by the Commonwealth Attorney's office. The Parole Board has fully complied with its policy. There is no space for pressure campaigns in a balanced criminal justice system. This Parole Board makes decisions impartially, not based on threats.”

In her earlier prepared remarks, Bennett said Martin's conviction was “based primarily upon the conflicting testimony of cooperating co-defendants — all convicted of violent felonies themselves. They too were convicted of murdering the officer, but were sentenced to very little time for Officer Connors' death, having completed their sentence in the 1980s and early 1990s.”

“The co-defendants testified that they were promised nothing in exchange for their testimony, but they were rewarded handsomely weeks later with minor sentences, which were tantamount to a slap on the wrist for taking the life of Officer Connors,” Bennett added.

“Over the decades, Vincent Martin has demonstrated himself to be a trusted leader, peacemaker, mediator and mentor in the correctional community,” Bennett said.

“The decision to release Martin was not taken lightly by the Parole Board,” Bennett said. “After much deliberation and for foregoing reasons, the Parole Board, by a super majority of four votes, granted parole to Vincent Martin.”

Bennett said four members of the five-person panel voted for parole. The fifth member's vote was not taken because there already was a supermajority, which Bennett said is standard board practice.

Connors was shot to death at Linden and Main streets after making a routine traffic stop of a car, according to Richmond Times-Dispatch news accounts.

The officer stopped the car containing four men about 2:05 a.m., shortly after an armed robbery at a 7-Eleven store in the 300 block of West Grace Street. Connors was unaware of the robbery when he made the stop and had his fully loaded police revolver in his hand when he died, according to a news account at the time.

A co-defendant, Ronnie Faulk, was arrested about 1 p.m. on the day of Connors' murder.

He later implicated Martin as the man who shot Connors. Martin was convicted of capital murder in February 1980 and sentenced to die. On Aug. 10, 1980, the Virginia Supreme Court overturned Martin's death sentence.

Bennett said she wouldn't comment on Martin's guilt or innocence, but noted, “There is certainly a dark cloud of injustice” in this case.

“The parole board conducts an investigation in every parole matter,” Bennett said. “In this particular case, the investigation warranted a deeper review of the circumstances surrounding the case, including a reading of old trial transcripts. We've spent a lot of time researching the case.”

Bennett said granting a person convicted of murder and sentenced to life requires a “supermajority” of the parole board, and that's what occurred.

“At the time Mr. Martin was sentenced to life, he was sentenced to life with the possibility of parole,” noted Bennett, who will leave the parole board Wednesday to begin work on Thursday as a juvenile and domestic relations court judge in Virginia Beach. “So he's been eligible since 1994.”

Virginia ended parole for crimes committed on or after Jan. 1, 1995.

Bennett said Martin's release from prison is “imminent” and will occur after the Virginia Department of Corrections verifies his post-release “home plan.”

“He has an acceptable home plan to the parole board,” she said.

Bennett emphasized that the board's decision to release Martin had nothing to do with COVID-19 and the governor's decision to begin releasing inmates in state prisons with good behavior and a year or less to serve on their sentences, if backed by the General Assembly.

State Sen. Joe Morrissey, D-Richmond, a former Richmond commonwealth's attorney who joined the office shortly after Martin was tried, said he is “absolutely in favor” of Martin being granted parole, “and it should have been done a decade sooner.”

Morrissey, who said he read the trial transcripts about a decade ago, said the three co-defendants who testified against Martin “were all over the map” in their versions of events.

“There were so many problems with that case,” Morrissey said. “There was evidence that was withheld and [the judge] ordered it be turned over.”

“If we want people to rehabilitate themselves, and they do well after four decades, what more do you want?” Morrissey added, noting that Martin had at times served as a prison mediator to help defuse incidents among inmates.

“I do not understand the degree of angst that seems to be [prevalent] among the police,” he said. “Every time somebody who is being considered for parole and it involves a first-responder, there's this uproar.”

Cheryl Nici-O'Connell, a former Richmond police officer who was shot and wounded on duty in 1984, said Richmond United for Law Enforcement is calling for the parole board's decision to be rescinded.

In a release, she contends that the parole board is releasing Martin without requiring or allowing him to participate in a state re-entry program, which usually runs about five to six months prior to release.

“How is an individual who is institutionalized after a life of violence that never held a job supposed to re-enter society and become a productive non-violent member of a world that he knows nothing about?” she wrote. “Amidst the COVID-19 pandemic, there are no jobs or employment for law abiding citizens, much less for those convicted of robbery, capital murder, and other violent crime convictions.”