The VACP mourns the passing of Past President William K. "Smokey" Stover. Smokey served as Chief of the Arlington County Police Department from 1978-97, and served as VACP President from 1986-87. He's remembered for his dedication to the VACP and his willingness to help other police chiefs. 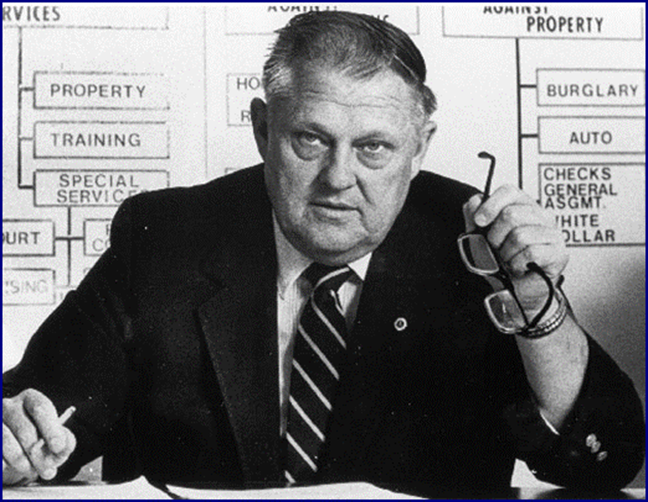 On Friday, April 17, 2020, retired Chief of Police William K. “Smokey” Stover passed away of natural causes. He was 89 years old.

Chief Stover began his four-decade long career with the Arlington County Police Department in 1956 as a patrol officer. Over the years, he rose through the ranks serving as a Detective in the Vice Unit, Lieutenant in the Internal Affairs Unit and Deputy Chief of the Operations Division. He was appointed Chief of Police in 1978 where he guided the agency's over three hundred officers until his retirement in 1996. Chief Stover served as President of the Virginia Association of Chiefs of Police from 1986 to 1987.

Chief Stover was known for his integrity, character and straight talk, no-nonsense style. It is these attributes that allowed him to gain the respect of both the officers and the community. His dedication to helping others was ever-present and he mentored many in the law enforcement community throughout the region.

Prior to his service to Arlington County, Chief Stover was drafted into military service with the U.S. Army during the Korean War. As a member of the Infantry and Tanks Unit, he earned two Bronze Star Medals for acts of valor in combat.

“As the longest tenured Chief of Police in Arlington's history, Chief Stover leaves an impressive legacy as a results-driven leader with extensive knowledge and experience in the public safety field,” said M. Jay Farr, Chief of Police. “A committed public servant, he is credited with growing and advancing the agency while ensuring it maintained a culture of professionalism and community focus. Our heartfelt condolences remain with the Stover family as they mourn his loss.”

Chief Stover is survived by his wife Diane, daughter's Stephanie and Stacy, stepson's Justin and Jason, and a large extended family. A memorial service in his honor will be held at a later date. In lieu of flowers, donations can be made to the ACPD Friends and Family Fund, Attn: Tara Crider, 1425 N. Courthouse Rd, Arlington, VA 22201.  The ACPD Friends and Family Fund is a recognized 501c3 organization.