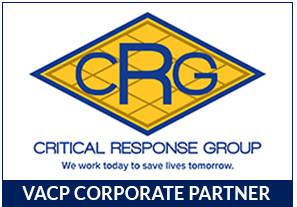 CRGs® were born from lessons learned by the US Special Operations community overseas. Like domestic first responders, US Special Operators face the challenge of communicating about unfamiliar locations while under stress. To solve this problem, they developed a visual communication tool, called a Gridded Reference Graphic, that combines a gridded overlay with high-resolution overhead imagery so that operators can communicate about unfamiliar locations off a single sheet of paper.

Critical Response Group adapted this communication technique to solve similar problems encountered during domestic crisis response. When an emergency occurs at a facility, hundreds of public safety professionals may respond, the majority of which will have little familiarity with the site. Almost two decades of After-Action Reports in the post-Columbine era point out that unfamiliarity with locations and an inability to communicate locations inhibited response times, closing on active assailants and evacuating casualties. CRGs® are designed to be simple maps - useable under stress - by anyone involved in an incident, from security personnel and facility administrators to dispatchers, responding officers and incident command, to communicate locations both outside and inside a facility!

CRGs® are currently in place in hundreds of facilities across the country, ranging from elementary schools and colleges to hospitals, corporate campuses, government buildings, airports and conference centers.

We encourage Virginia law enforcement to learn more and help us bring about this life-saving technology to Virginia. Below are some articles and videos that detail more about how the CRG mapping technology works.

WHITE PAPER: "The development and use of Collaborative Response Graphics™(CRG™) in public safety planning and emergency response operations" (PDF)
By Michael Bruno, Chief of Police, (Ret.)

VIDEO: GXP Solutions for Land Based Missions and Crisis Management